Reach out to grandparents to up the manpower on your PTFA. Not only can they help bolster volunteer numbers, they bring a wealth of experience! 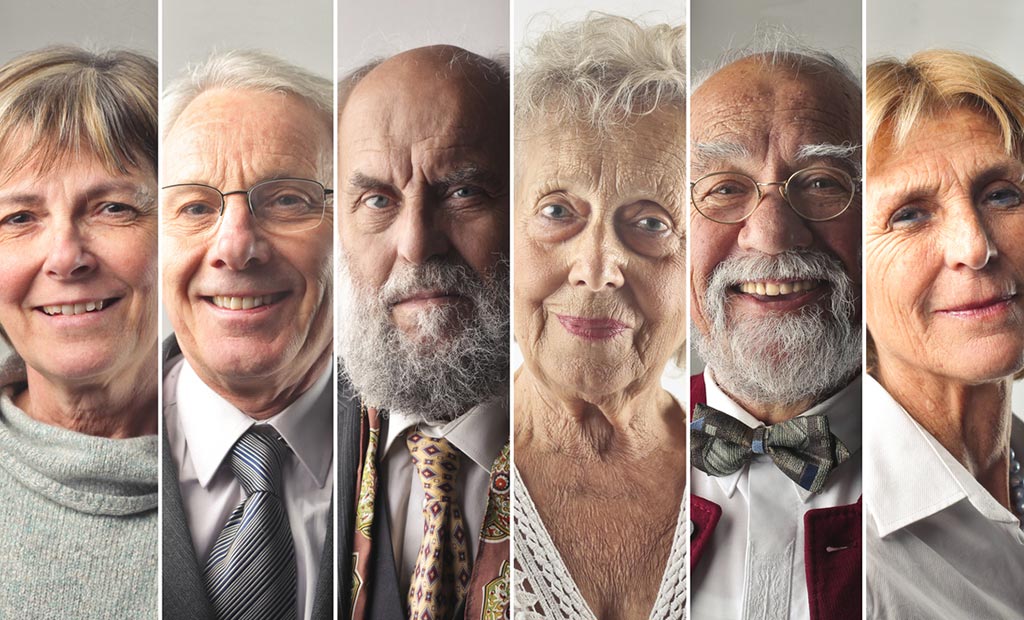 Not only can grandparents help bolster volunteer numbers, they also bring a wealth of experience that can be enlightening for pupils and parents alike!

If there's one thing a PTFA can never have enough of, it's volunteers - but when your appeal to parents has failed to drum up support, where else can you turn? Grandparents! With more and more grandparents helping out with childcare, it's a natural transition for them to become involved in the school community - you may be surprised to find out how many are already on your playground!

While senior supporters potentially have more time to contribute than your parents, they aren't just an extra pair of helping hands. With a lifetime of experience, they may well have skills and expertise to bring to your committee, whether it's a retired accountant who would make a perfect Treasurer, or an ex-designer ready to help with your next marketing campaign.

Grandparents will have established networks of local friends, so opening the committee up to a whole new generation is a fantastic way to boost support, gaining not just PTFA members, but event attendees too.

Whatever role they play, inviting grandparents to actively participate in the PTFA gives them the opportunity to share their time and talents in a way that benefits the whole school. Forget the stereotypes of grandparents being old and frail - they probably have more energy than you or me! And, as these testimonials show, they're eager to get stuck in!

Ann Harrington, PTFA Secretary, Hugh Joicey CE Aided First School, Berwick upon Tweed, Northumberland (62 pupils): 'Our Chair, Tina Mulvey and I are both grandparents and we're very passionate about our school. Like many PTAs we used to have terrible trouble making a quorum for the AGM and sometimes even for a normal meeting! The constitution was changed to make us a PTFA so that grandparents could take committee roles. We run a range of fundraising activities, such as a 100 club, raffles and cake stalls. Last year, we took over a charity shop for a week and sold all manner of items donated by parents and the community, and raised £2,500. We grannies became involved because it was a struggle to get people to join the committee. I don't think either of us intended to end up with the roles that we did, but it is a match made in heaven! Tina and I will have been doing this for two years this November and we often joke that we spend more time with each other than we do with our husbands!'

Sue Stone, former PTA Treasurer, Greenleas School, Leighton Buzzard, Bedfordshire (560 pupils): 'My granddaughter brought a letter home from school that asked for a volunteer to be Treasurer of the PTFA, and my daughter-in-law suggested I give it a go. I rang the school, met the Chair and began a journey that would change my retirement! The parents and teachers were very welcoming; I looked forward to meetings and began to become involved in events as well as doing the books. Not having the restrictions of a job or a young family meant I was free to help out whenever needed. Far from feeling over-the-hill, the school made me feel valued. I went out for the evening when committee members got together and made some great new friends. The Headteacher then said they were looking for Midday Supervisors and asked if I would be interested. I discovered at the age of 60 how much I enjoyed working with children. I have been privileged to be involved in my granddaughter's school. For me it was a win-win situation, and I hope it benefitted the school too.'

Edwina Byass, PTFA Treasurer, Linslade School, Leighton Buzzard, Bedfordshire (600 pupils): 'Two years ago Linslade School PTFA was struggling to fill committee posts and get helpers for events. My grandson begged me to help out so that their disco would go ahead! I had time to spare and decided to volunteer to help - at the first meeting I was elected treasurer. I have benefitted by being able to help my grandson's school in a way that drew on my past experience and made me use my brain beyond doing the daily crossword! Although I do get tired at times (for example when I have helped at a school disco) it is a 'healthy' tired. I really believe it physically does me good and has helped me to regain my vitality. I would certainly encourage other grandparents to get involved. In today's society, many of us are more hands-on with our grandchildren and have more energy than our parents did. As for being frail, just carrying £1,000 of cash (mostly in coins) to the bank requires strength! I am 66 and have been through medical hell, but I am back! My generation is a "can-do" generation!'

Cheryl Green, PTFA Chair, Lime Walk Primary School, Hemel Hempstead, Hertfordshire (220 pupils): 'I joined the PTFA at my granddaughter's school in 2015. I'd originally gone to the meeting with my husband after persuading him to take on the role of Treasurer, but having handled an awkward moment of friction between two committee members, the outgoing Chair nominated me for her role and I was voted in!

Getting involved with the PTFA not only keeps the old grey matter functioning, but it keeps me active! There are lots of grandparents out there who have retired and don't have anything to focus on, but still have transferable skills learned in their careers that could really benefit a PTFA. For example, thanks to my former job as a PA I can write letters appealing for donations or volunteers, which is important because you need to get the tone right and be persuasive. Parents are often busy with their children, but grandparents can be an absolutely godsend to a school. My husband is a key member of the committee as Treasurer.

PTFAs aren't just about now. You're not just improving the school for your grandchild - it's for the next generation, and the one after that. Our school was built in 1972, so there's a lot that needs replacing and a lot of work to be done. I love my granddaughter, and I love being able to help her, the rest of the children and the school.'

Anne Robb, former PTFA member, St Andrew's C of E Infant School, Leyland, Lancs (210 pupils): 'I had been on the PTA for 15 years with my own children and enjoyed helping out, so was happy to get involved again at my grandson's school. I love to sew, so helped to fill stalls with crafts to sell, and also baked cakes for events.

I never took on any official position, leaving those to members who preferred an organisational role over a practical one. Hands-on jobs during events are just as important as the officer positions, and are often the roles that are hardest to fill. Getting stuck in with helping set up rooms for events, tidying up afterwards, and doing the washing up are all crucial to a successful fundraiser.

As my husband had dementia I wasn't able to take on as much as a grandparent as I did as a parent, but because I couldn't leave him at home alone, he helped out too. I was proud to have my husband by my side. He loved being with the children, and they loved him too. It was really special for him to spend time with our grandson, as he'd missed out on that side of things with our own children due to work. I think a lot of grandfathers would love to help out in their grandchildren's schools for a chance to experience what they missed out on as parents.

I enjoyed the fact that I was helping to benefit not just my grandson, but everyone within the school. I made lots of new friends. I would recommend that other grandparents get involved with the PTA, as it gives you something to do and a chance to make new friends.'

Sarah Williams, PTFA Secretary, Flanderwell Primary School, Rotherham (320 pupils): 'Mary and Kevin Johnson are two hugely valuable grandparents who have been on our committee since it was set up five years ago. Both are retired, meaning they have more flexibility and are able to utilise the time other members of our committee spend at work.

They organise refreshments for all events, from teas and coffees to full meals. Kevin is Father Christmas at our fair, which is a role he takes great pride in, as he loves making it an amazing experience for the children. With an engineering background and DIY as a hobby, Kevin builds the grotto and has turned lots of our ideas into a reality, including a crazy golf game and tin can alley stand.

Our grandparents will do anything and everything that is needed prior, during and after the event, including thinking up ideas, making games, running stalls, organising helpers, finding raffle prizes and counting and banking cash. Their experience, knowledge and time is so important to us, and we wouldn't be able to run events without them.'

Joan Cresswell, PTFA Member, Bhylls Acre Primary School, Castlecroft, Wolverhampton (206 pupils): 'When my grandson started school in 2014, I attended a PTA meeting with my daughter. I enjoyed it so much that the PTA constitution was changed to that of a PTFA, just so I could join!

Being on the committee keeps me young. If you get involved and stay active, you won't feel your age. I always throw myself into fundraising events. On the day of our Christmas fair I catered for our breakfast with Santa, afternoon tea with Santa and then cooked turkey all night. We have a fantastic committee, now chaired by my daughter, where new ideas are always welcome. Everyone loved my suggestion of a fashion show, and we pulled it off to raise over £500!Taking part in the PTFA helps me to forget my aches and pains. I had breast cancer two years ago, but the PTFA gave me something else to focus on. Truthfully, I wouldn't know what to do without our school. If my daughter gave it up, I would keep going without her!

Older people have so much to give and so many ways in which they can help. My youngest grandson is joining in September, so I'll be continuing to volunteer for many years to come.'

Check your governing document to verify whether your membership includes grandparents (this is usually the case if you are a PTFA/Friends Association). Only members can hold elected roles on the committee. 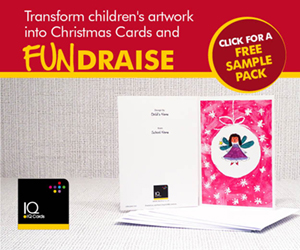 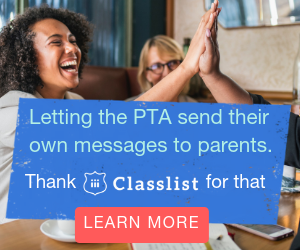 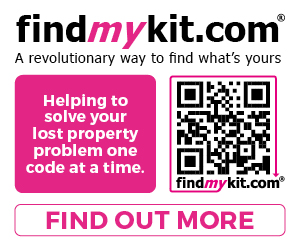 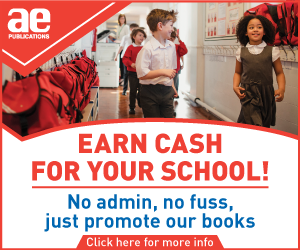